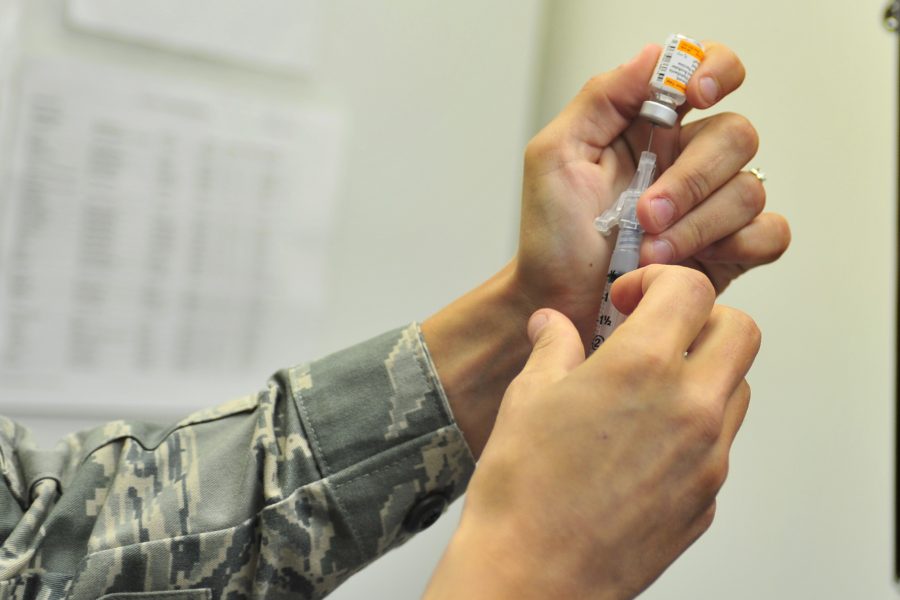 Amid the COVID-19 pandemic, Yokota Air Base, Japan, is having a new kind of health scare: whooping cough.

An individual who works at both the on-base Pizza Hut and the installation’s Military Clothing Store was diagnosed with the highly contagious, bacterial disease, which is formally known as pertussis, according to an April 13 post on the installation’s Facebook page.

“The employee was identified during the gate screening process,” the post stated.

According to the Centers for Disease Control and Prevention, pertussis is characterized by “uncontrollable, violent coughing” that frequently makes breathing difficult. Its nickname—whooping cough—stems from the sound made when a pertussis patient tries to catch their breath after a fit of coughing, the CDC explained.

“Early symptoms of Pertussis include runny nose, low-grade fever, mild or occasional cough, and pauses in breathing,” the base wrote. Since these early-stage symptoms can initially resemble a mere cold, it often goes undiagnosed until a patient’s situation worsens, the CDC notes.

According to the base, pertussis is spread via coughs, sneezes, “or spending a lot of time together by sharing breathing space.”

As a result, Yokota is advising certain groups of people who patronized the restaurant (either in-person or via delivery) or utilized military clothing services from March 20-April 2 to consult with their healthcare providers about treatment that can potentially keep them from getting the disease in case they were exposed. These groups include:

“Pertussis vaccine is the most effective tool to prevent this disease,” the base wrote. “Active Duty members are able access their MyIMR and should look for the DTap vaccine or its booster Td vaccine on their records.”

Non-immunized Airmen are advised to reach out to their medical teams to get the vaccine.

Military dependents can find out whether or not they’ve been vaccinated against pertussis by checking in with their healthcare providers or the immunization clinic, the base said.